Once coined the magic mineral in construction, asbestos is now deemed a highly hazardous substance. In New Zealand, a PCBU (person conducting business or undertaking) is prohibited from carrying out, directing, or allowing a worker to carry out work involving asbestos (unless qualified to do so).

There are various subclauses in the Ministry of Health and Safety at Work Legislation, but essentially the only work allowed to be conducted involving asbestos is by those qualified to remove it, research it, in a manor approved by Worksafe NZ.

Eye for Detail recently had the misfortune of shutting down a project in Auckland's Greenwood's Corner due to the presence of asbestos. What started as a very simple, relatively cheap flooring job, ended up being a very costly nerve-racking experience for the client.

To safe a bit of coin, the client chose to lift some old Linoleum from their kitchen, ready for a new floor to be laid. Over the course of the weekend, the old Lino had been traipsed through the living areas and unbeknown to them, by dragging debris and walking in and out of the kitchen, the client was in-fact spreading asbestos particles all over the house… 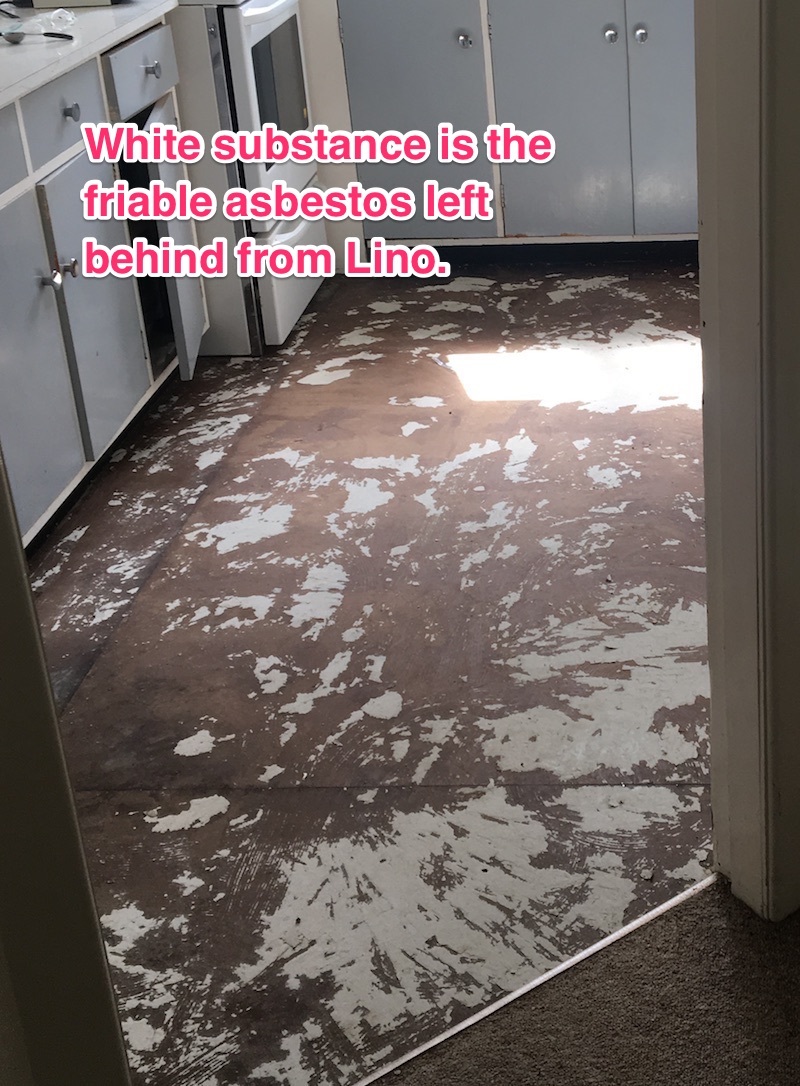 *Side note: Old Lino often contained asbestos in the backing material. Sometimes upon removal, the glue holds the backing down and breaks the membrane of the Lino, revealing asbestos. It is at this point that the site becomes hazardous - As long as products/materials containing asbestos are concealed/intact, there should be no apparent risk as the main harm comes from inhaling fibrous particles.

Once identified, all work ceased. We took a sample to Prolabs who confirmed the presence of asbestos. Due to this particular asbestos being friable, meant we needed to bring in “Class-A qualified” removal specialist who confirmed almost half the house had been contaminated, traces even being found up the walls. The tenants were swiftly evacuated and professional cleaning and removal was carried out.

A week later the house was deemed safe with no trace of asbestos found, and the tenants were happy to move home.

It’s extremely important to remember that if you are carrying out any demolition on your home, if the house was built before 1990, its very likely there will be asbestos present somewhere. Simply touching these substances with your hands won’t inflict harm, however we touch our faces with our hands and this is where the danger is sometimes overlooked. Unfortunately due to the nature of asbestos, an illness can take 20-50 years to develop, and these illnesses most commonly occur in the lungs.